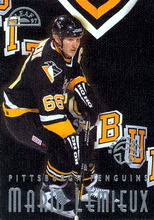 2010-11 In The Game Between the Pipes Hockey Hobby Packs 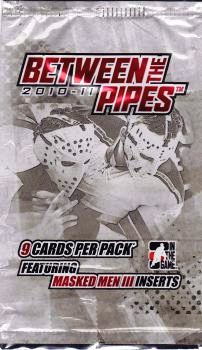 18 packs per box, 9 cards per pack
This year the base card checklist has been expanded to 200 cards including two new subsets: One Game Wonders and Women In The Net. The autograph card checklist is one of the largest ever featuring hobby favorites along with some new additions to BTP, namely; Bob Sauve, Chico Resch, Cesare Maniago, Darren Pang, Pokey Reddick, John Garrett, Frank Pietrangelo, Kelly Hrudey, Murray Bannerman, Mike Vernon and Steve Penney.

Each box of 2010-11 Between The Pipes contains 18 packs with 9 cards per pack! This year's Between The Pipes features an amazing base card set, Game-Used Memorabilia cards and Authentic GoalieGraphs cards inserted 1:8 packs*. Back this year are the Non-Memorabilia insert sets featuring Masked Men III and the continuation of the year-long celebration - 100 Years of Card Collecting, all inserted 1:8 packs*. The He Shoots - He Saves Redemption Program is back where collectors can redeem 200 points for limited, game-used memorabilia cards not available in packs.

Base Cards
A 200 Base Card set with great subsets including:
Future Stars, Immortals, Stars of the Game, Greats of the Game, Women of the Nets and One Game Wonders.

Masked Men III (1:8 PACKS)
Featuring the men behind the masks!

Authentic GoalieGraph Cards (1:8 PACKS)
Over 130 autograph cards that are made up of 6 sets including Future Stars, Stars of the Game, Greats of the Game, Immortals, Women of the Nets and One Game Wonder. 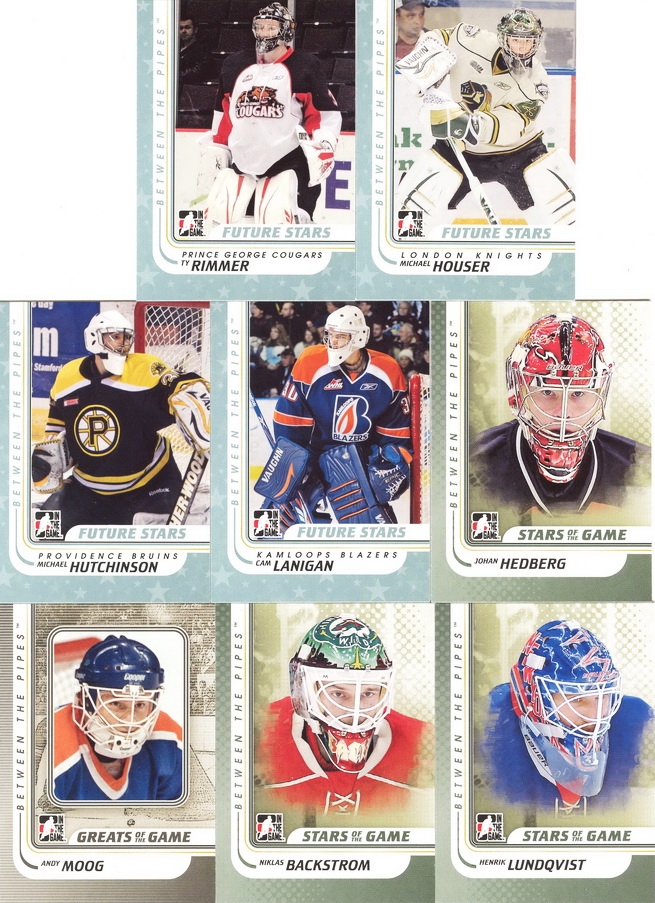 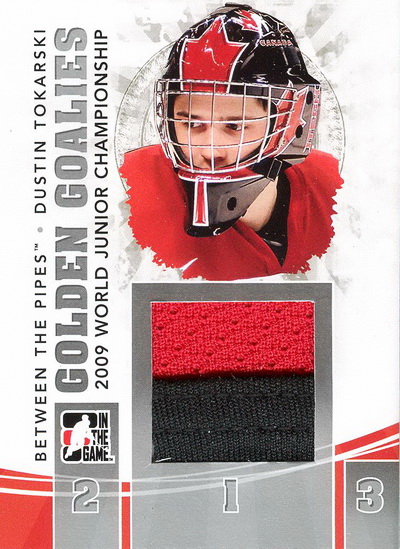