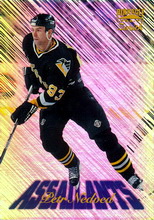 Why was the team named the Penguins?

There was a lot of work to be done, of course, and one of the first tasks was naming the team. (Part-owner Peter) Block was adamant that it would not be called the Hornets. "There was some (support) for it, but I basically said I wouldn't allow it," he said. "The Hornets were a minor-league team. I knew we were going to get some bad players (in the expansion draft), and I didn't want to be called just another minor-league team."
The obligatory newspaper contest was launched in the Post-Gazette, but (part-owner Jack) McGregor's wife, the former Carol Dangerfield of Edgewood, had already found one she liked.
"When Jack got the franchise, he was so thrilled," she remembered. "Then he said, 'Oh my gosh, we've got to name it.' I said, 'I love to think of things like that.' I was thinking of something with a P. And I said to Jack, 'What do they call the Civic Arena?' And he said, 'The Big Igloo.' So I thought, ice. . . Pittsburgh. . . Penguins.
"We talked about other names, but we kept coming back to the Penguins. Our friends really liked it. We pictured the uniforms being black and white."
McGregor believes word of ownership's choice leaked out, which explained why more than 700 of the 26,000 contests entries bore the name Penguins. Ownership's choice was announced on Feb. 10, 1967, and five days later the name of Emily Roberts of Belle Vernon was drawn as the contest winner, making her the first Penguins' season ticket holder.
Notes from Bob Grove: There was some serious opposition to the name, even by members of the management. GM Jack Riley didn't like it at all. Riley, by the way, was the guy who gave the Penguins' first uniforms their colors: Columbia Blue, Navy Blue and white. They copied the colors of the famed St. Michael's Majors junior team in Toronto.
Source

There is a table of actual roster of team Pittsburgh Penguins from official website. After click on the players name will be show cards of player in my collection. 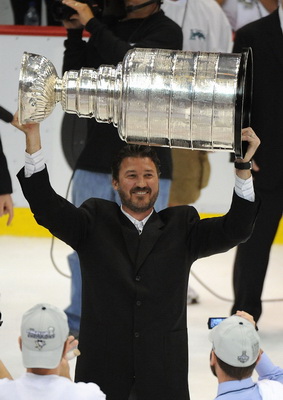